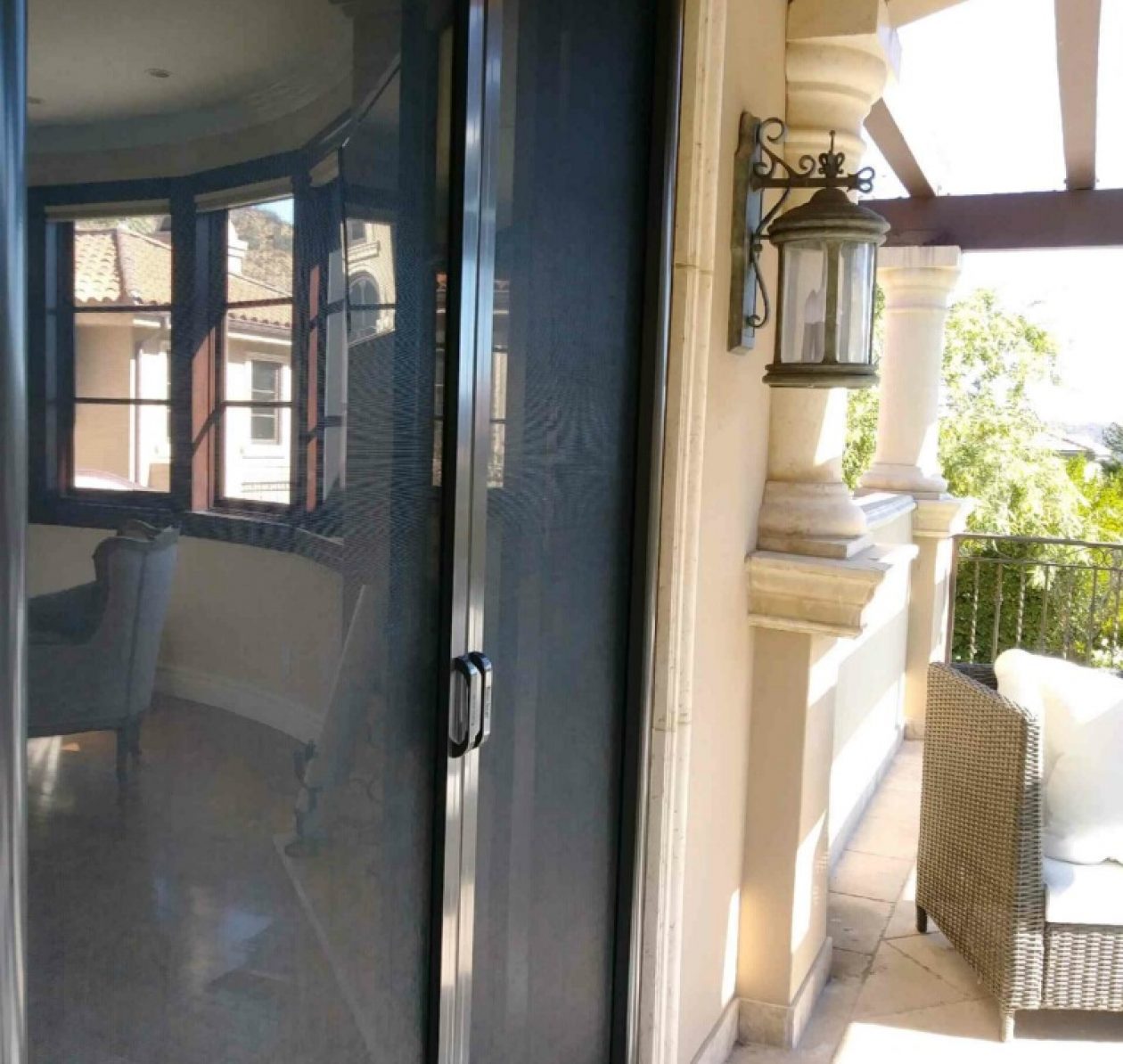 A customer had arched double French doors that needed screen panels.  The owner of the home approached me and asked if I wouldn’t mind giving her estimate for her arched window and doors. Then she asked me if I could get it done in two days. Which I did and it went pretty well.  After I explained to them what we were doing in their home.  They liked my suggestion for removable arched screen door and window panels in architectural bronze heavy duty frames with charcoal fiberglass mesh, which has an invisible shadow cast and nothing reflects off it. Also double set of retractable screen doors. They approved the bid and asked me to come get started with the job in two days.

When I returned two days later the owner and her husband was there and they checked me four or five more times. asking me to explain the process to the them. They wanted to see me put up an arched screen panel in one of their beautiful oak wood double French doors. While working on my mobile station and then I went over the finished job with the them

It was a very fun experience and the best part is that Mr. wilson and his wife, on my last day with them the Wilson’s told me they where very happy with the work I had done.